Running his first full Marathon, Will Hollingsworth finished the London Marathon in 5 hours and 10 minutes, and raised £731 for Let The Children Live! and its work with children from the streets and shanty-towns of Colombia. Will, who had previously run 6 half marathons, had worked hard gathering sponsors—103 altogether—so collecting in the money was quite a job but he managed to do it very quickly and on May 25th he travelled from Bath over to the charity's shop in Walsingham in order to present the cheque in person. 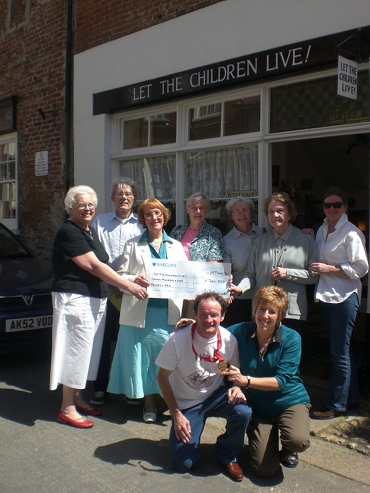 Will, wearing his medal from the Marathon, together with Pauline Allan the charity's Administrator, Sue Poole the shop Manageress and a few of the shop volunteers.

Almost all Will's sponsorship was Gift Aided, so this means that the final total, with Gift Aid added on, will be £908.75. 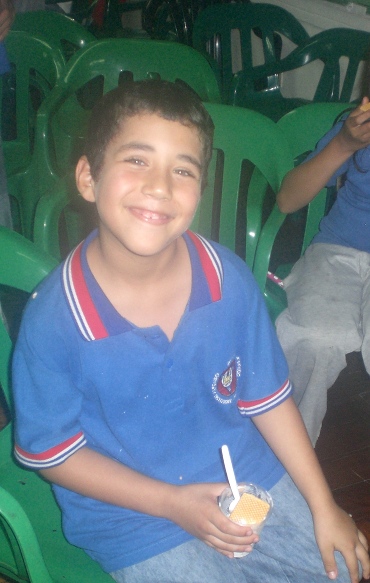 Well Done Will and a big

from our children in

Who will follow Will's example and raise some money for us at this very difficult time?

You don't have to run a marathon……….there are plenty of other ways………… and every penny raised will help us save a child from the violence of the streets and shanty-towns of Medellín.