When talking about street-children in Colombia it is important to understand the different groupings of children to be found in the street. For all street-children the street, rather than the home or the school, has become the centre of their lives. Although their individual circumstances may be very different they may be divided into three main groups:

These children come from poor families who have to send them out to work to earn the money they need in order to survive. They may sell such things as sweets, cigarettes, fruit, flowers, or drinks. They may clean car windscreens at traffic lights, or juggle or even sing on buses. 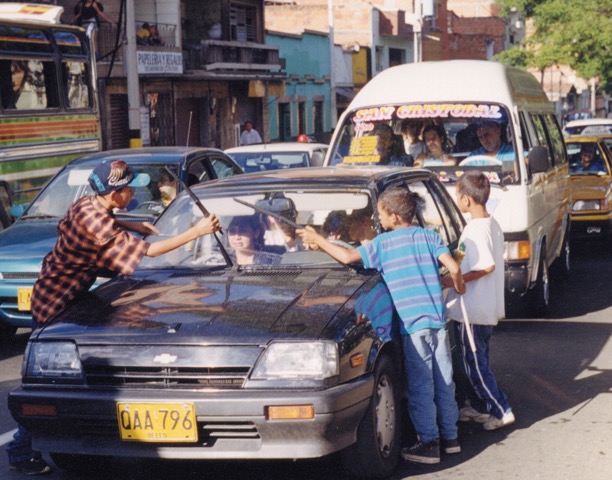 Late at night they return to their homes in the shanty-towns. These form the largest group of street-children. Many of them will eventually drift into life in the street full-time if no one intervenes to offer them an alternative.

Children in the street:

These children tend to come from even poorer families, and they have nothing to sell. They spend the day in the street begging, sorting through rubbish and playing around, but they also have some sort of homes and they usually sleep there. However, they too are in danger of breaking the ties with their home and moving to live full-time in the street unless they are offered an alternative. 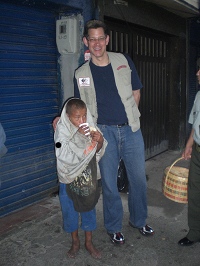 Children of the street:

These are the children who actually live in the street. They also beg but they are likely to get involved in stealing, glue sniffing, drug taking, prostitution and crime. They normally sleep in the street, but some of them have homes to which they may return occasionally. These three groups are not clearly defined and children may move from one group to the other. New children come onto the streets in one way or another every day, whilst others may go home, come into care, or “disappear”. 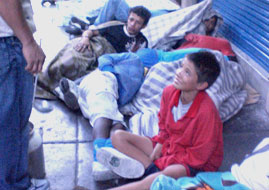 Extract from our  CD, PASABOCAS. Click on the arrow at the left.