This is a large and important preventative programme, involving many girls and boys. 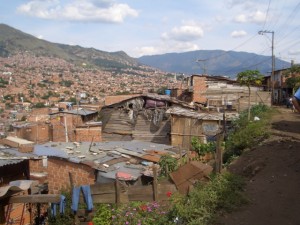 Children from the thousands of families who live in the shanty-towns built on the slopes of the mountains that surround the centre of Medellín are sent out each day to work in the city in order to earn money for the family. They may have something to sell—for example, a child may start out with just enough money to buy a bag of sweets. They sell the sweets singly, often standing at traffic lights to do this, and make a minute amount of profit on each one. When all are sold they will have recouped the original cost of the sweets plus a small profit, so they buy another bag of sweets and repeat the process again and again. At the end of the day they should have the money they set out with plus a satisfactory profit. This must be taken home and handed over.

Other children wash car windscreens at traffic lights, or juggle, or do other circus tricks, or just beg—–but they are all expected to earn money and take it back to their homes in the shanty-towns. Sometimes they are able to take a bus, but not always and getting home may involve a long walk, up the mountainside through various shanty-towns, in the dark; and that after a long day working in the heat, probably with little to eat or drink. 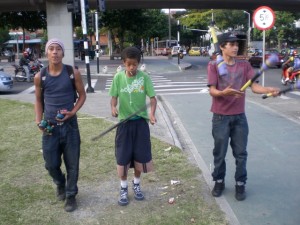 All this is hard enough, but if a child has had a bad day and earned little he or she may decide not to make the effort to go home, particularly if they know they are likely to get a beating for earning so little. Or they may have made friends with other children whom they have met in the street and decide to keep the money for themselves and stay with their new friends, instead of undertaking the hard journey home. Whatever the reason, this is the great danger, and once the break is made,  once they have failed to go home at night, the likelihood is that they will stay in the street.their money will quickly disappear and they will deteriorate rapidly. Dirty, smelly and probably bare-foot ( their shoes will probably have been stolen ) they now dare not go home. They continue to deteriorate……..rape, beatings, drugs, hunger, sickness and disease……..all may follow. Now they are a real street-child. 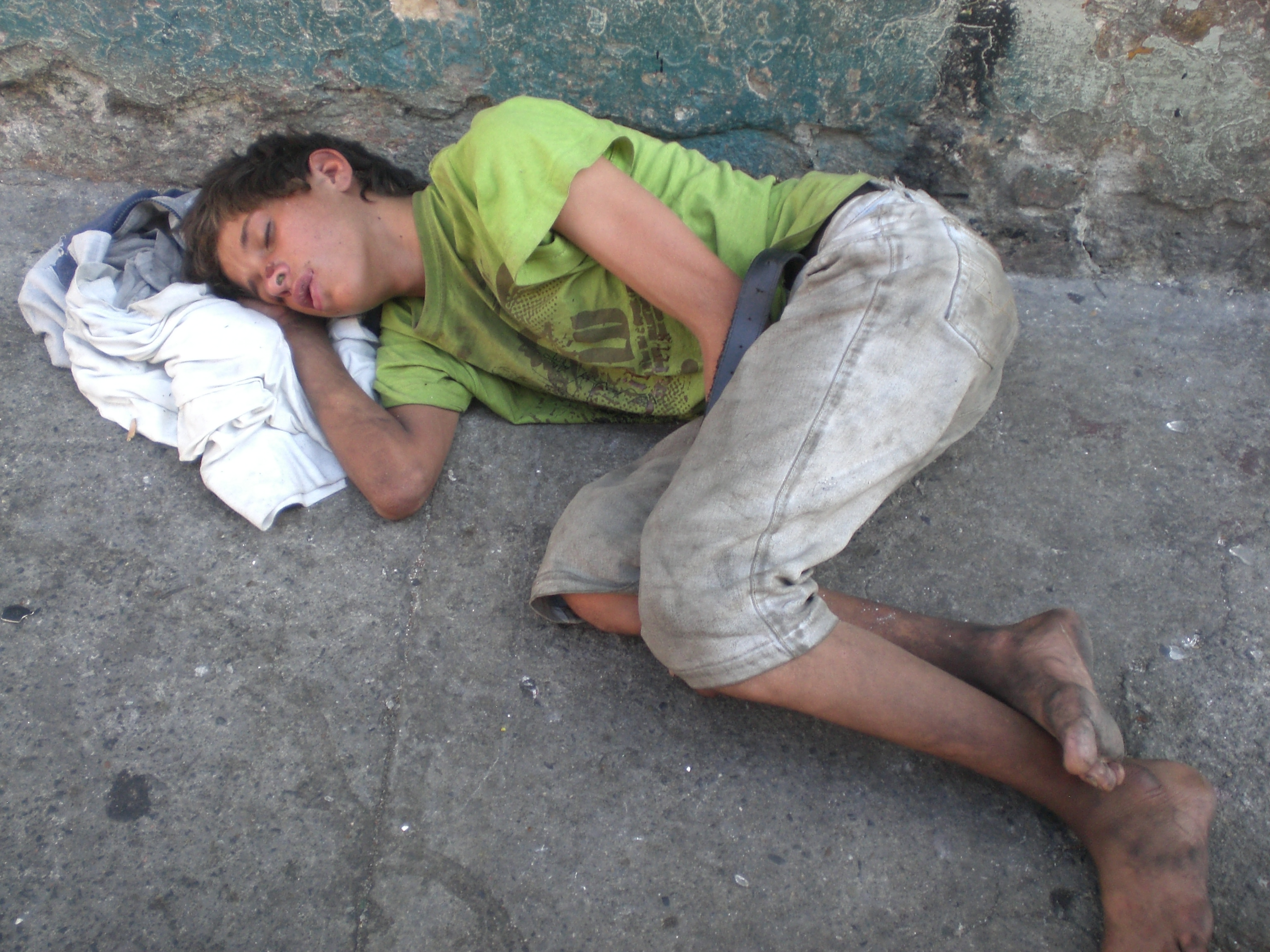 Funvni’s preventative programme aims to intervene early in this process and prevent the children breaking away from home. To do this its street-educators patrol the streets eagle-eyed, looking for new arrivals and making contact with them as soon as possible after they arrive in the street. Wearing Funvini’s distinctive jackets so as to identify themselves, they explain the charity’s role and invite the children to meet up with them for half a day each week. Each child is given a card with Funvini’s telephone number which they can call in case of need. 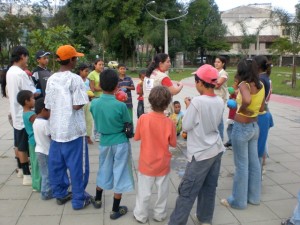 Eventually these children are encouraged to meet at Casa Walsingham instead of the street. Gradually they come to know and trust Funvini’s Educators. They come regularly to Casa Walsinghamin and spend a few hours in recreational and educational activities, and have something to eat and drink. Although hungry themselves, it is quite common for these children to save part of their food to take home to their younger brothers and sisters. 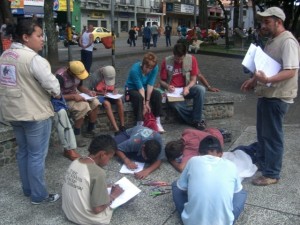 Problems can be detected and dealt with and Funvini’s Social Workers may visit the children’s families. Some may agree to allow their children to go to school. Cases of abuse can be dealt with. Medical and dental care can be given. The children are prepared for First Communion and, sometimes, baptism. Missing paperwork, such as Identity Documents can be traced. Eventually some of these children will be able to give up their work on the streets and join the Convivencia programme at Casa Walsingham, in addition to going to school.