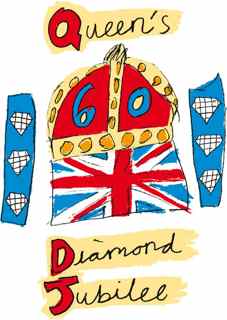 Funvini's choir, Cor Videns, scored a hit when they staged a Jubilee Concert in Medellín on July 11. 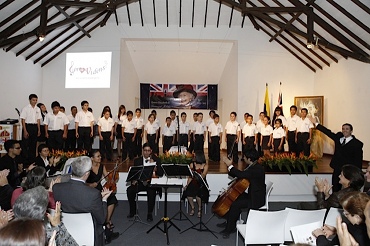 The event was organised by Mr Stephen Davidson and Medellín’s Colombo-British Association with the help of Señor Fernando Osorio, the Honorary British Consul in Medellín, and of the British Embassy in Bogotá. It was held to celebrate both the Queen’s Official Birthday and Her Majesty’s Diamond Jubilee. It took place in the Castle Museum and was attended by about 150 people. Amongst other distinguished guests in the audience were H.E. The British Ambassador and Mrs John Dew. The concert was followed by a reception, and the proceeds of the event were donated to Funvini. Even more important than the financial benefit, however, was the number of important new Colombian friends that the concert has gained for Funvini. 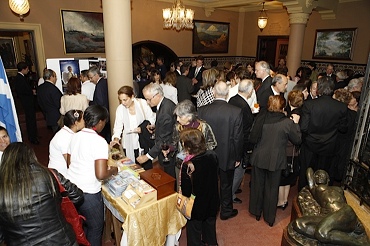 For our children it was a big event but they acquitted themselves wonderfully well and the response from the audience was enthusiastic. They simply loved them and were astounded at what these children from the shanty-towns could achieve, given the chance. One High Court Judge later tweeted a friend saying, "It was a sublime experience". 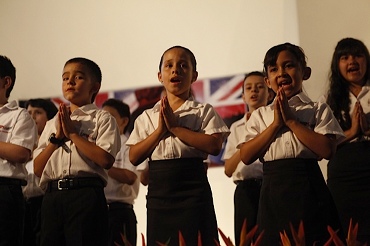 The choir has already been booked to perform a similar concert later in the year and in the meantime………. congratulations continue to flow in. 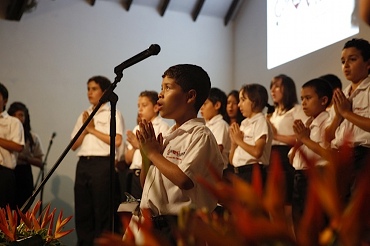 You too  can hear our choir, and you don't have to go to Colombia to do it!  Their CD, 'Eternal Spring' is available from various outlets: Let The Children Live!'s shop in Walsingham; the Sipper Chapel Shop in Walsingham; St Paul's Bookshops, and by mail order from PO Box 11, Walsingham NR22 6EH. For more information please ring: 01302 858369.