At the beginning of August each year  the Medellín Flower Festival is celebrated in the  city with much gusto. It attracts large crowds into the streets to see the colourful and exotic processions. In particular people love to see the Desfile de Silleteros, the parade through downtown Medellín in which hundreds of silleteros  carry  elaborate floral displays ( silletes ) on wooden frames on their backs. Silleteros are flower vendors, farmers who carry their wares down from the mountains to sell in squares and markets. More than 500 take part in the parade, which is the highlight of the week-long Flower Festival.

Following on this Festival comes the Festival de Antioqueñidad, organised by the Mayor’s Office and specifically for organisations that work with children at high social risk. The organisations make silletes with tissue and crepe paper and compete with each other. This year about 15 organisations took part and for the second year running Funvini’s entry won First Prize! 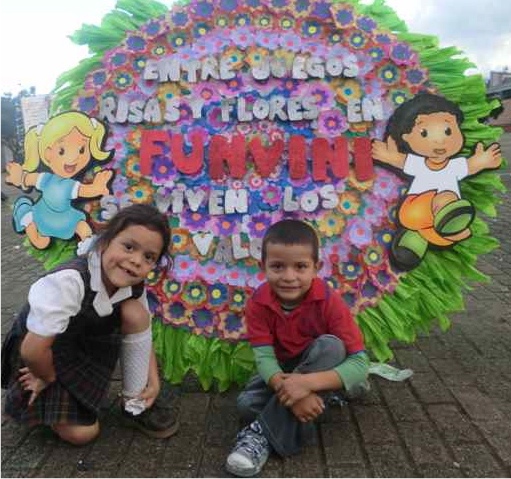 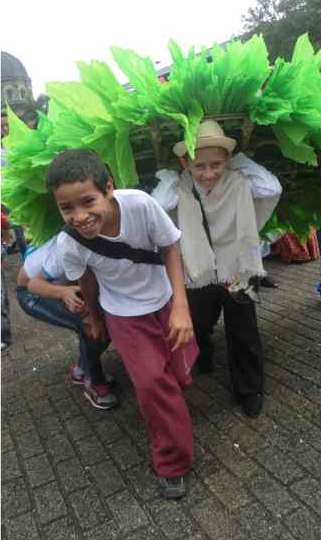