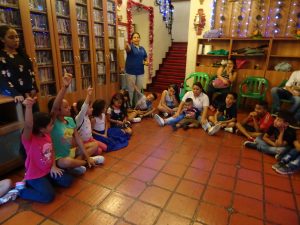 On Christmas Day, in the afternoon,  some of our most vulnerable and needy children came to Casa Bannatyne for a Christmas Party. 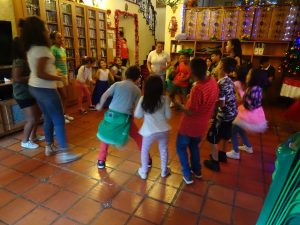 The group included some of our Colombian children as well as some of  the Venezuelan Refugee children whom we are helping. 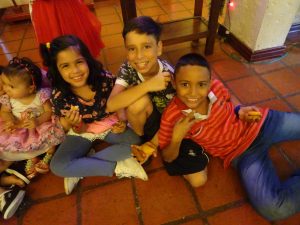 The four-hour party included games, dancing, prizes, food…..and concluded with a visit from Papa and Mama Noel, who brought presents for all.

The children had a great time and all joined in saying the Angelus before they left, thanking the One in whose honour the party had been held. 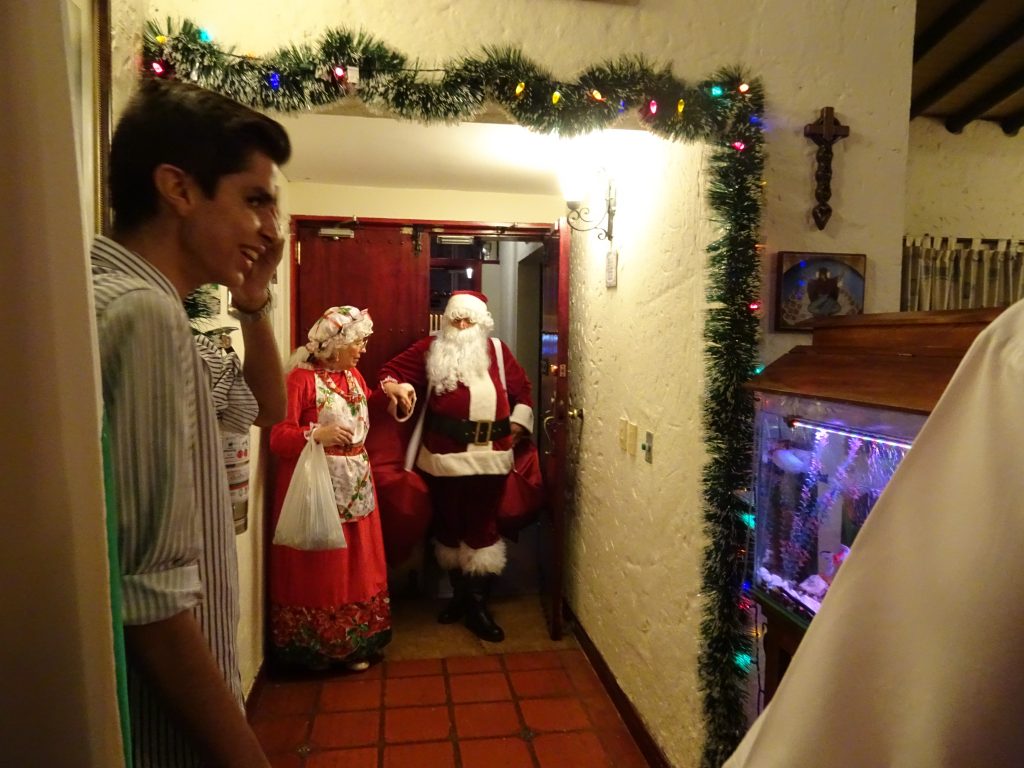 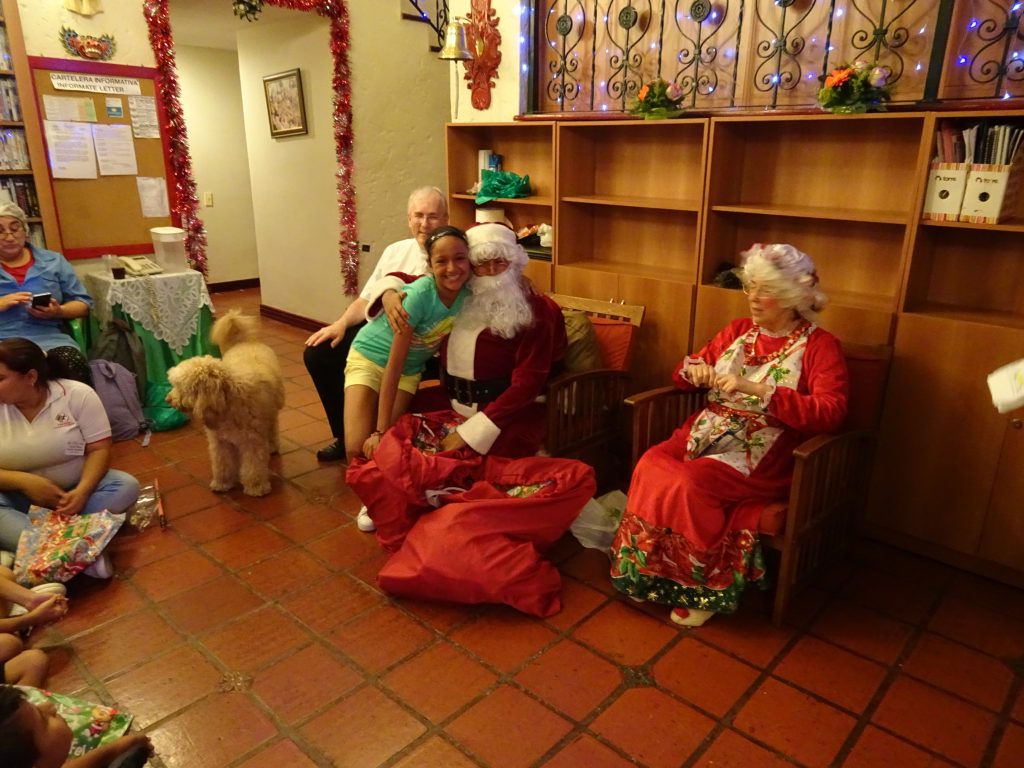 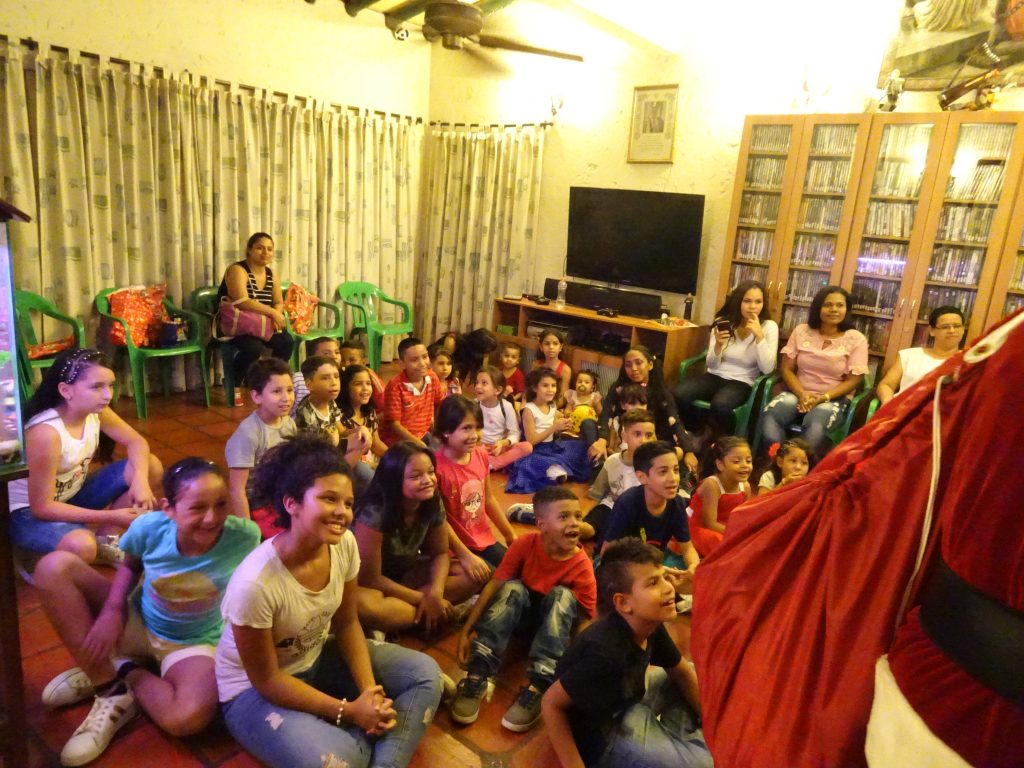 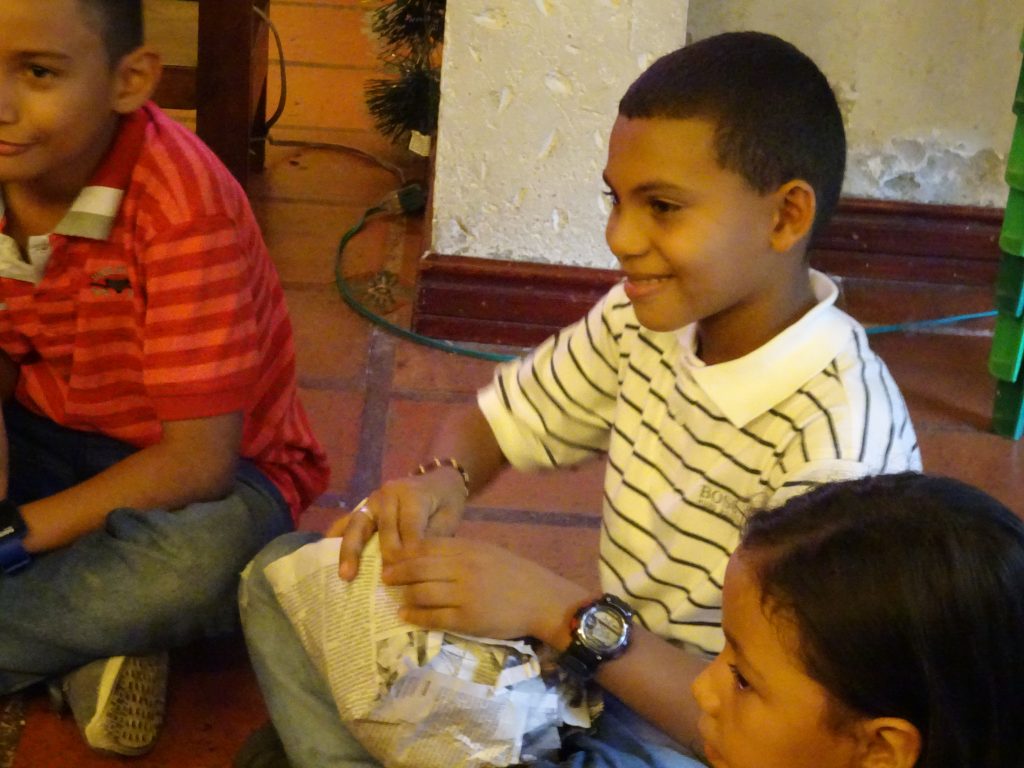 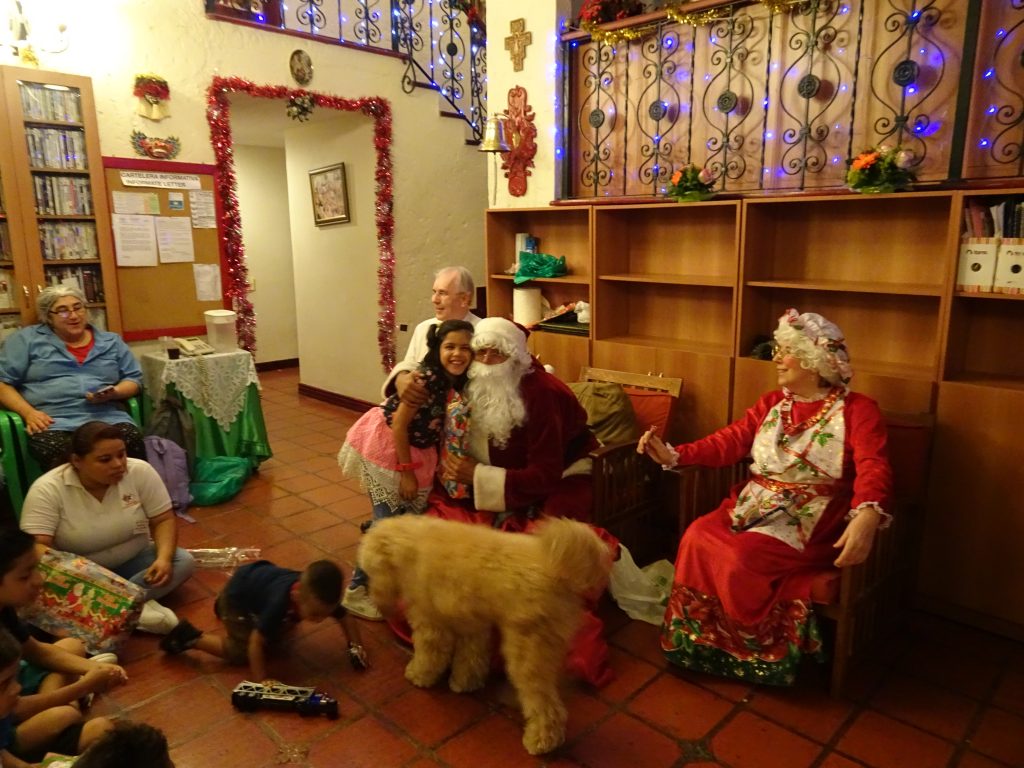 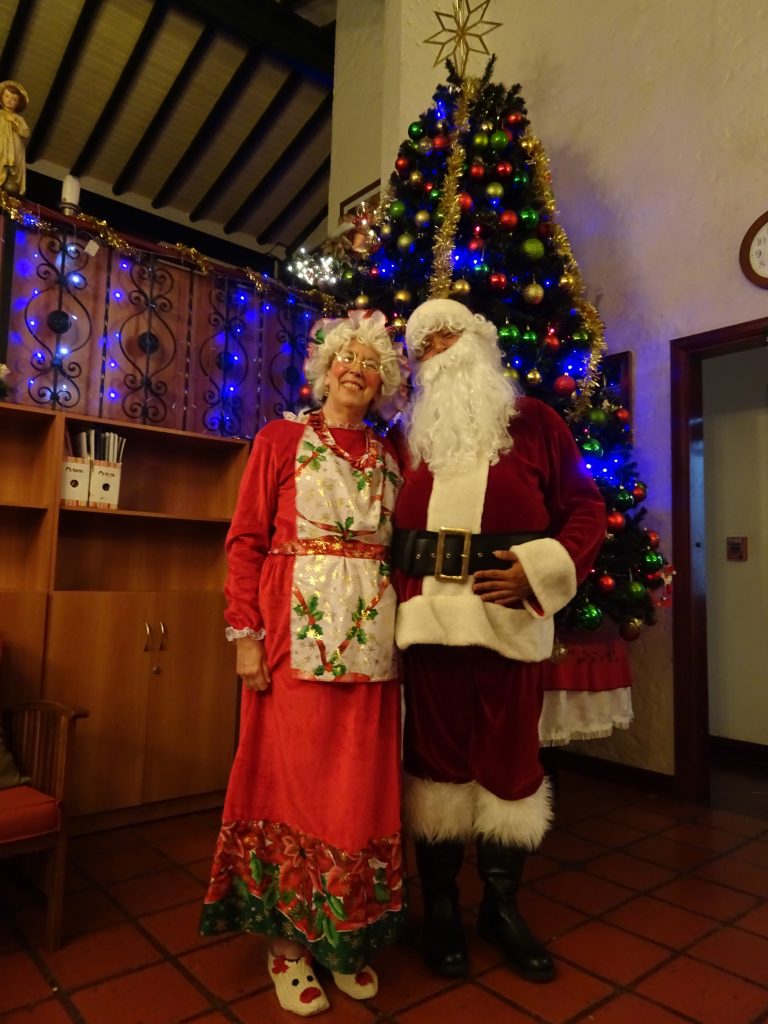 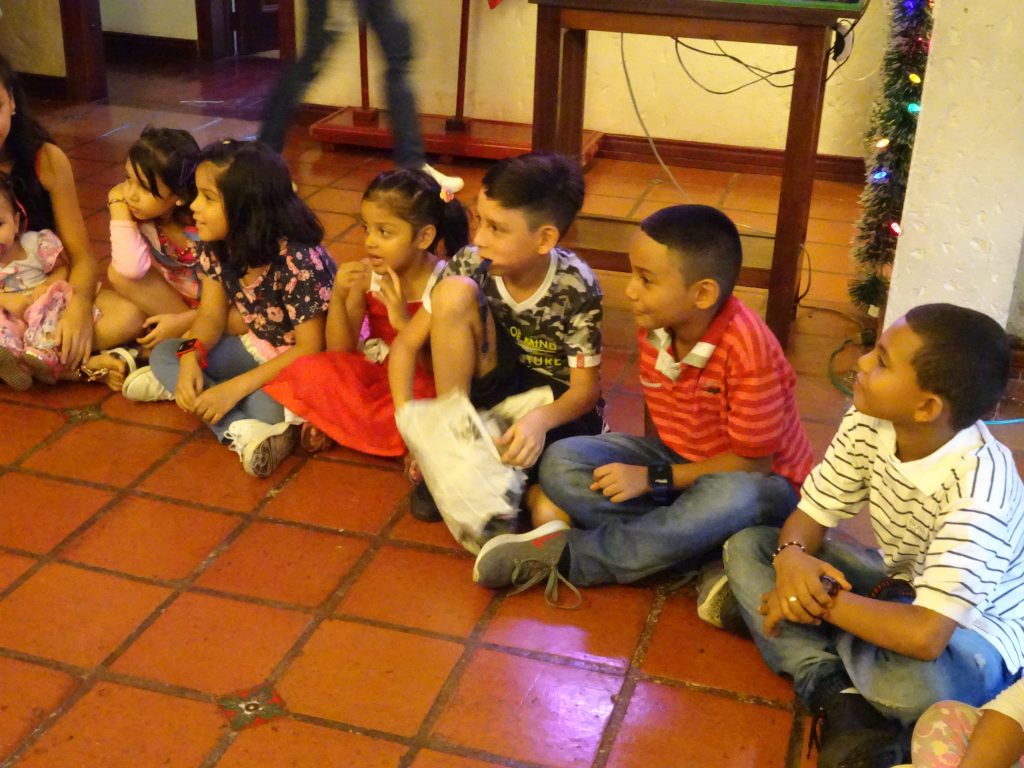 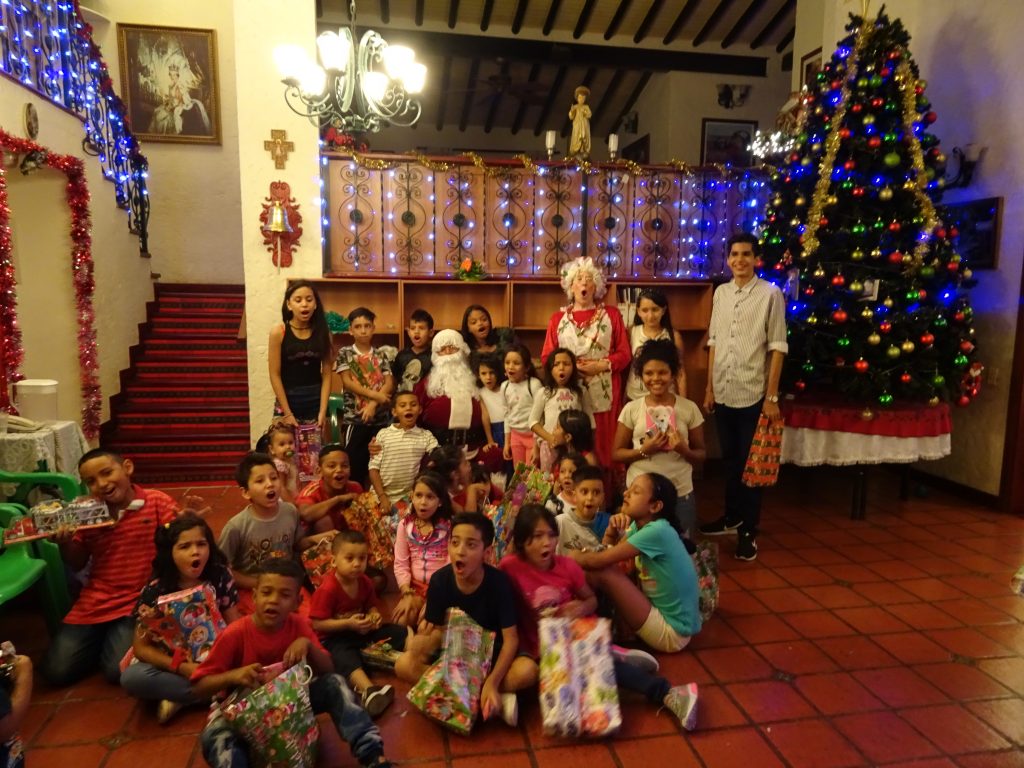 It may have been ‘the Feast of Stephen’ but the snow did not ‘lay round about, deep and crisp and even’ because here in Medellín the sun was shining and the day was warm. Our Venezuelan Refugee Children were out on a picnic with several of our staff when the photos below were taken. They are all refugees from the violence and economic collapse that has been ravaging Venezuela for some time. There are at least 1,000,000 refugees in Colombia and approximately 60,000 of those are in Medellín, where we work. We are in contact with 83 families who are living in the area around Casa Walsingham.  Within the 83 families are 172 children and Funvini is helping the most vulnerable on a daily basis.

Pictures from the Picnic 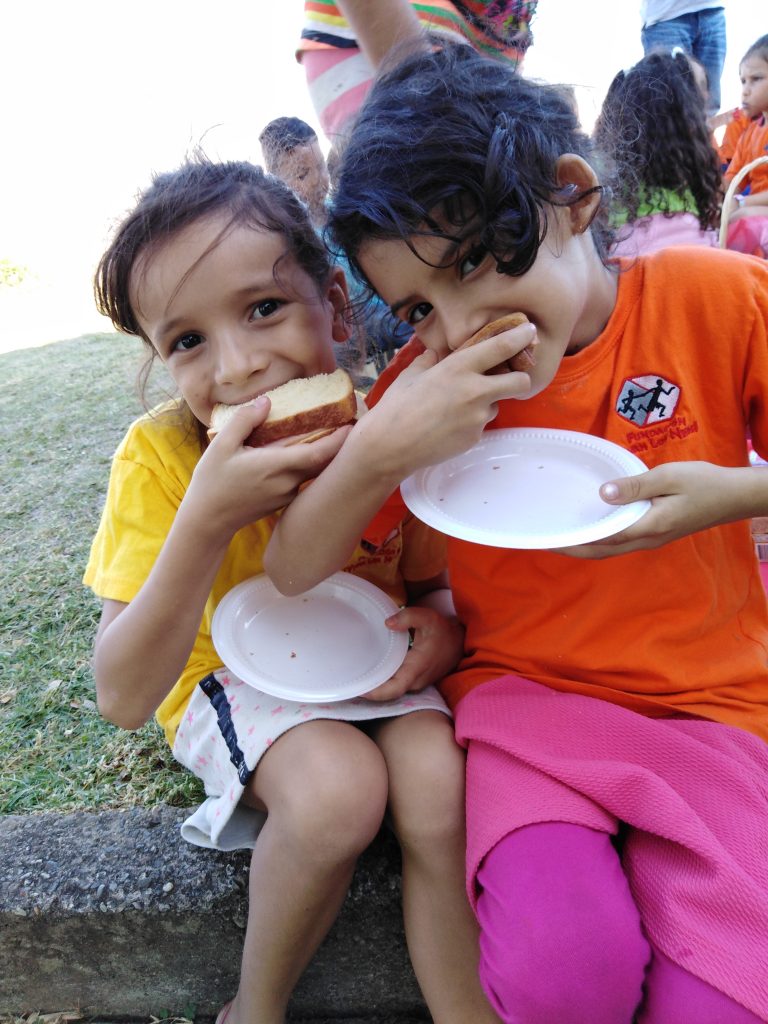 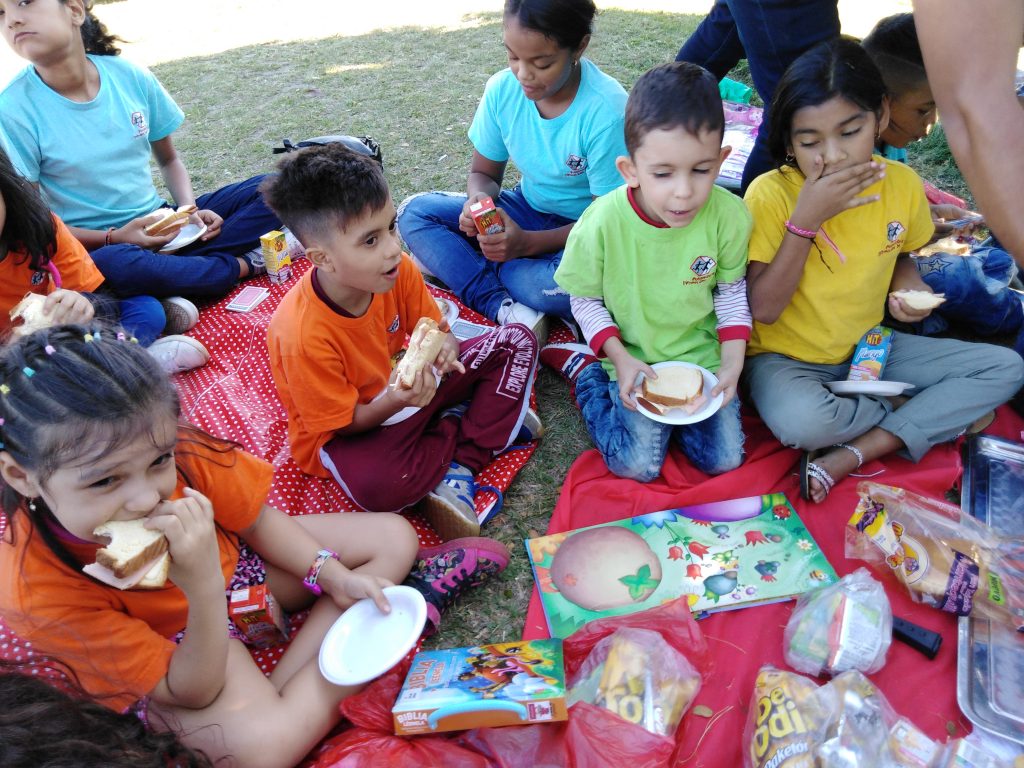 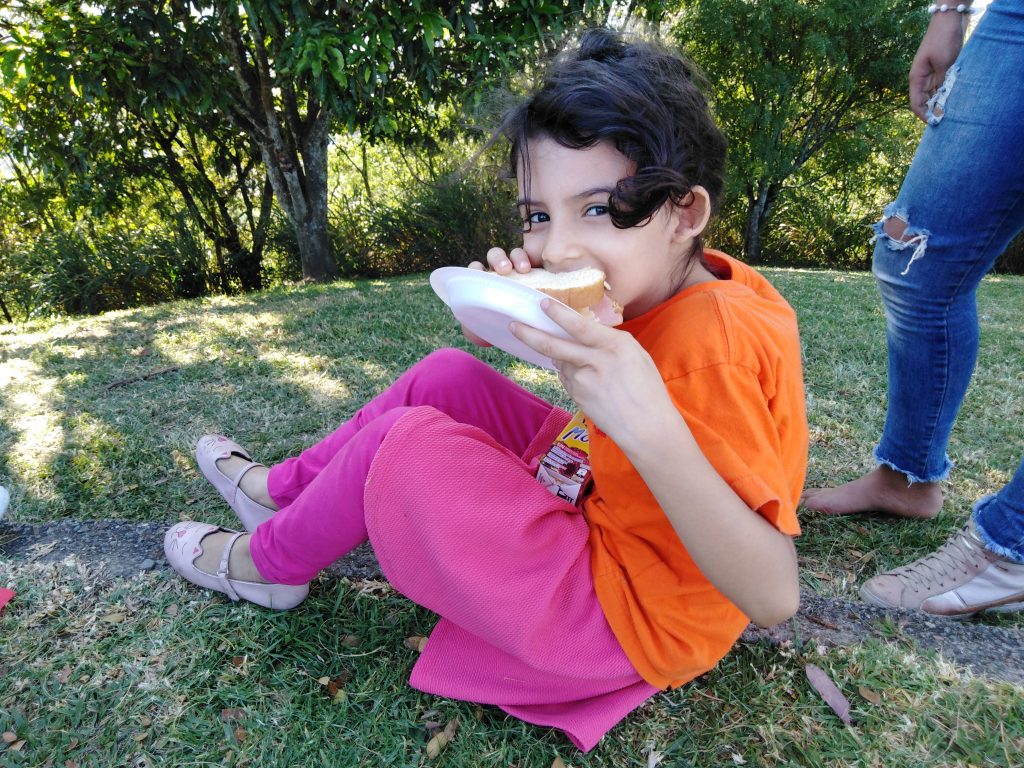 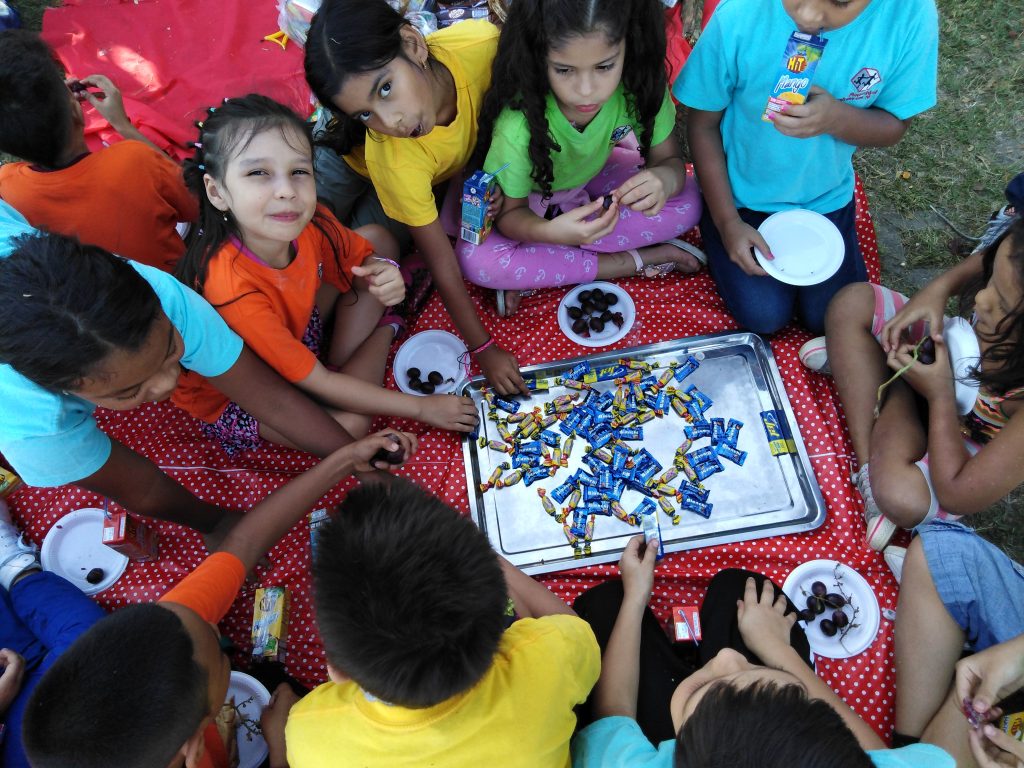 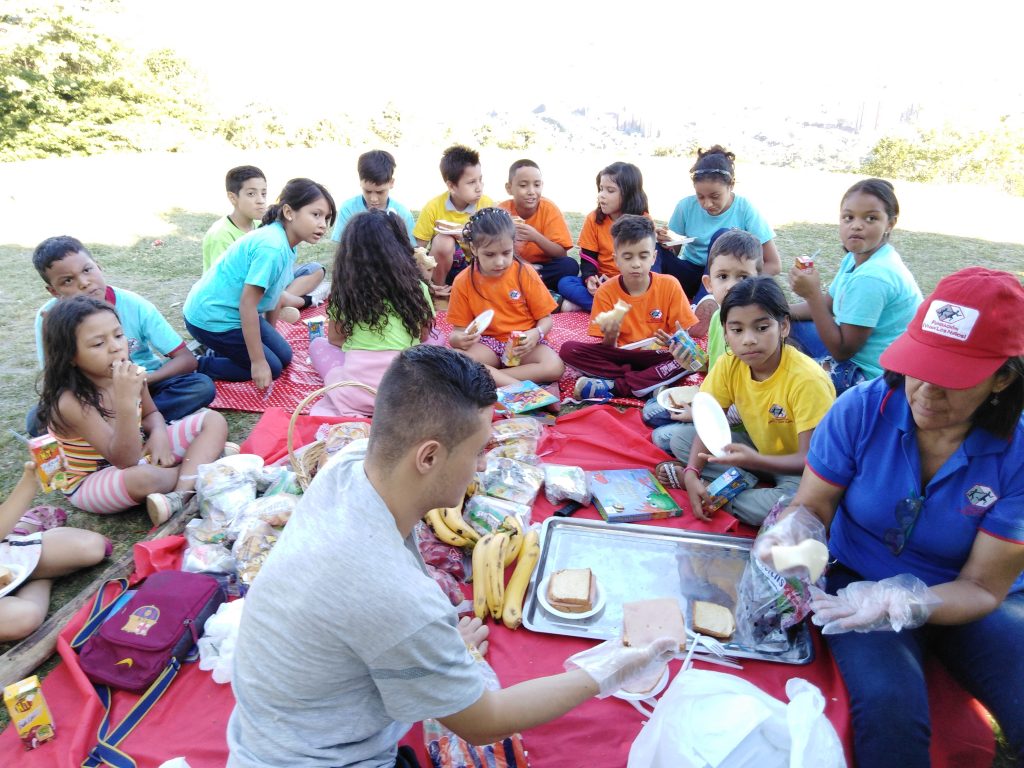